PICTURES: New Forest and Christchurch pause to remember the fallen 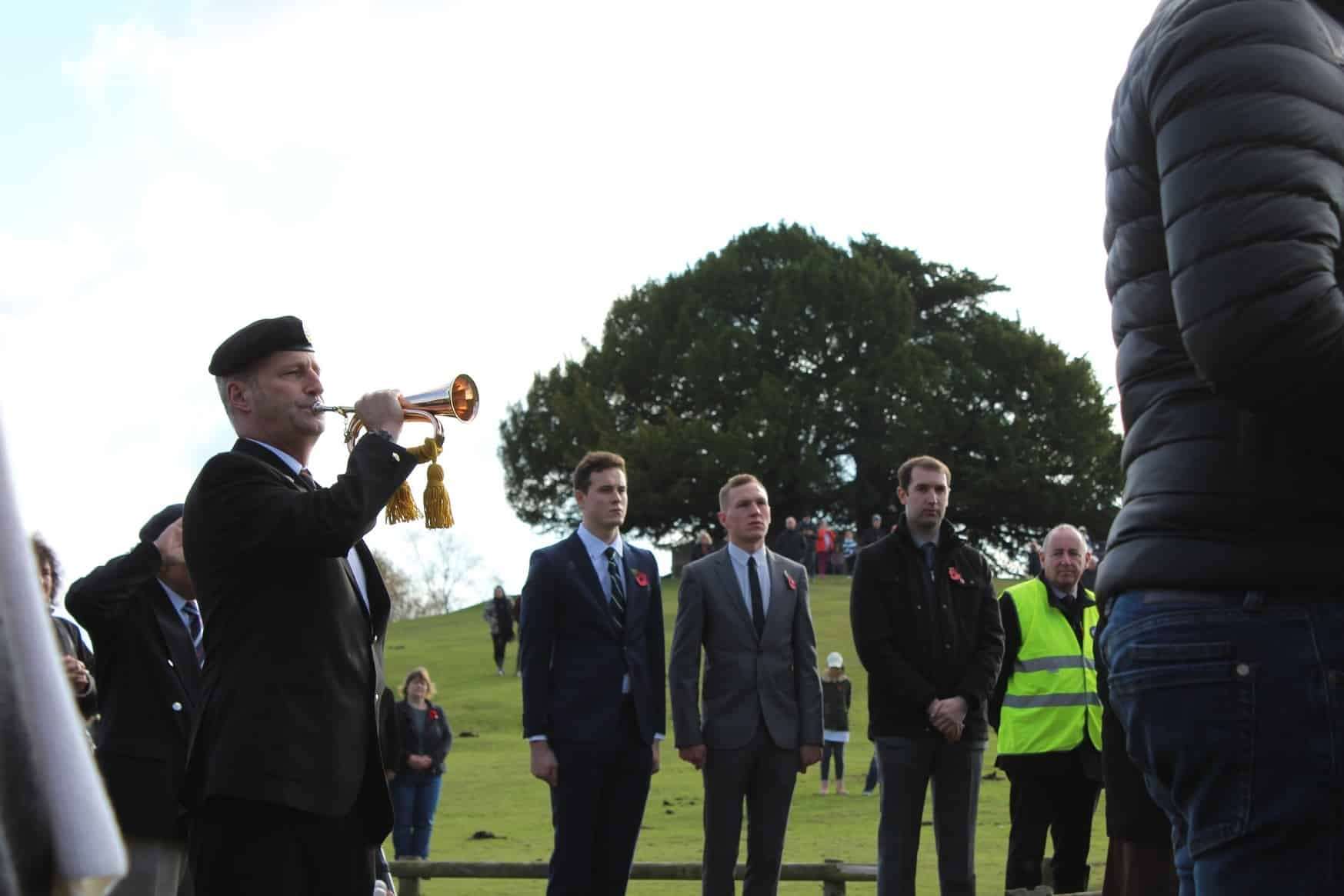 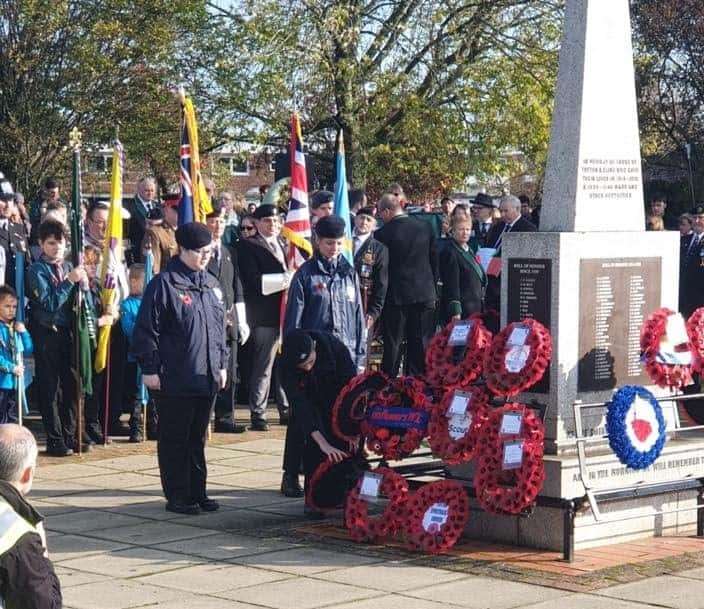 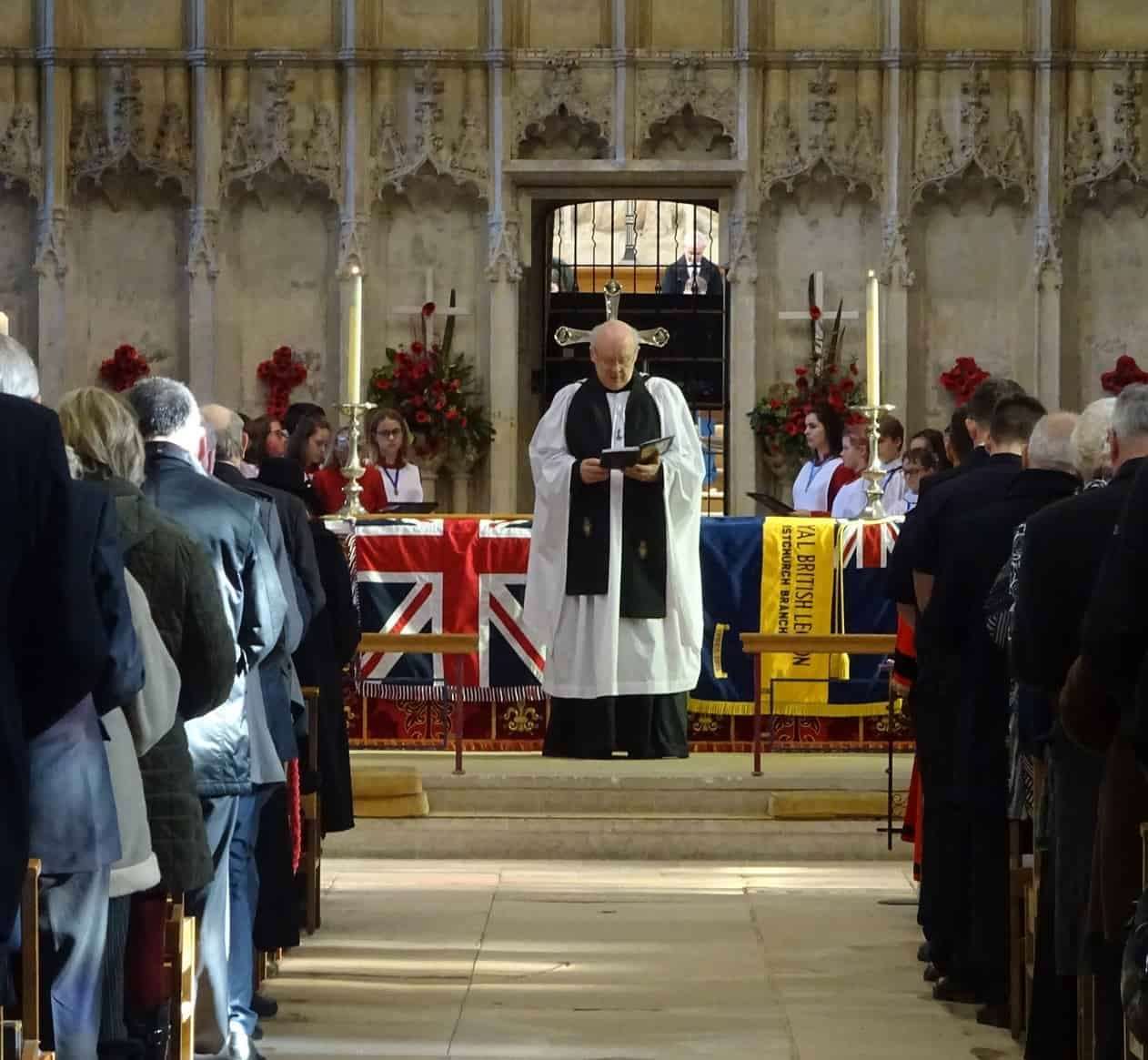 THOUSANDS of people came together in the New Forest and Christchurch on Remembrance Sunday to honour the fallen.

Serving military personnel joined veterans and civilians in parades and ceremonies in villages and towns around the area to remember those killed in war with wreaths and.

Representatives of the police, fire and rescue, and ambulance services were on parade alongside youngsters from local Scout groups, as well as a host of civic organisations.

New Forest District Council chair Cllr Allan Glass said: “I think it shows that people are still proud of Britain and what people did in the wars to keep the world free.”

In the grounds of Christchurch Priory there was a touching moment when 11-year-old George Smith laid a wreath for the Royal British Legion band, watched by 88-year-old veteran Donald Tompkins.

George said: “My granddad was in the Royal Signals and my mum is in the Royal British Legion band. I am very proud to be here today honouring people who served their country like my granddad Norman and Donald.

“They are all heroes.”

In Lyndhurst, St Michael and All Angels’ Church was packed out for the service before the march down the high street to the war memorial at Bolton’s Bench where an RAF Chinook helicopter later made a flypast.

The parade past applauding spectators was led by the Scouts’ Stanley’s Own Band and followed by members of the Marchwood-based 17 Port and Maritime Regiment and the Royal Signals from Bulford, near Salisbury.

Oliver Crosthwaite-Eyre, Deputy Lieutenant for Hampshire, said: “The turnout in Lyndhurst is always wonderful and provides a lift for the many military personnel who are based in and around the Forest, to see the support.”

In New Milton a military family with nearly 100 years of service between them was among the crowds that gathered for the commemorations.

The Plowmans and Asletts, from the town and Lymington, joined other services personnel and veterans, as well a local dignitaries, councillors, community groups and members of the public for a ceremony by the war memorial on the recreation ground off Old Milton Road.

In Brockenhurst cadets from the village's college stepped forward with other children to take a leading role on Remembrance Sunday.

The event began with a service at St Saviour’s Church before the congregation of around 300 paraded to the village war memorial on Sway Road.

Brockenhurst Royal British Legion spokesperson Mike Matthews said: “We are always delighted to have the young people of the village involved and they were out in excellent strength on Sunday and marched very well.”