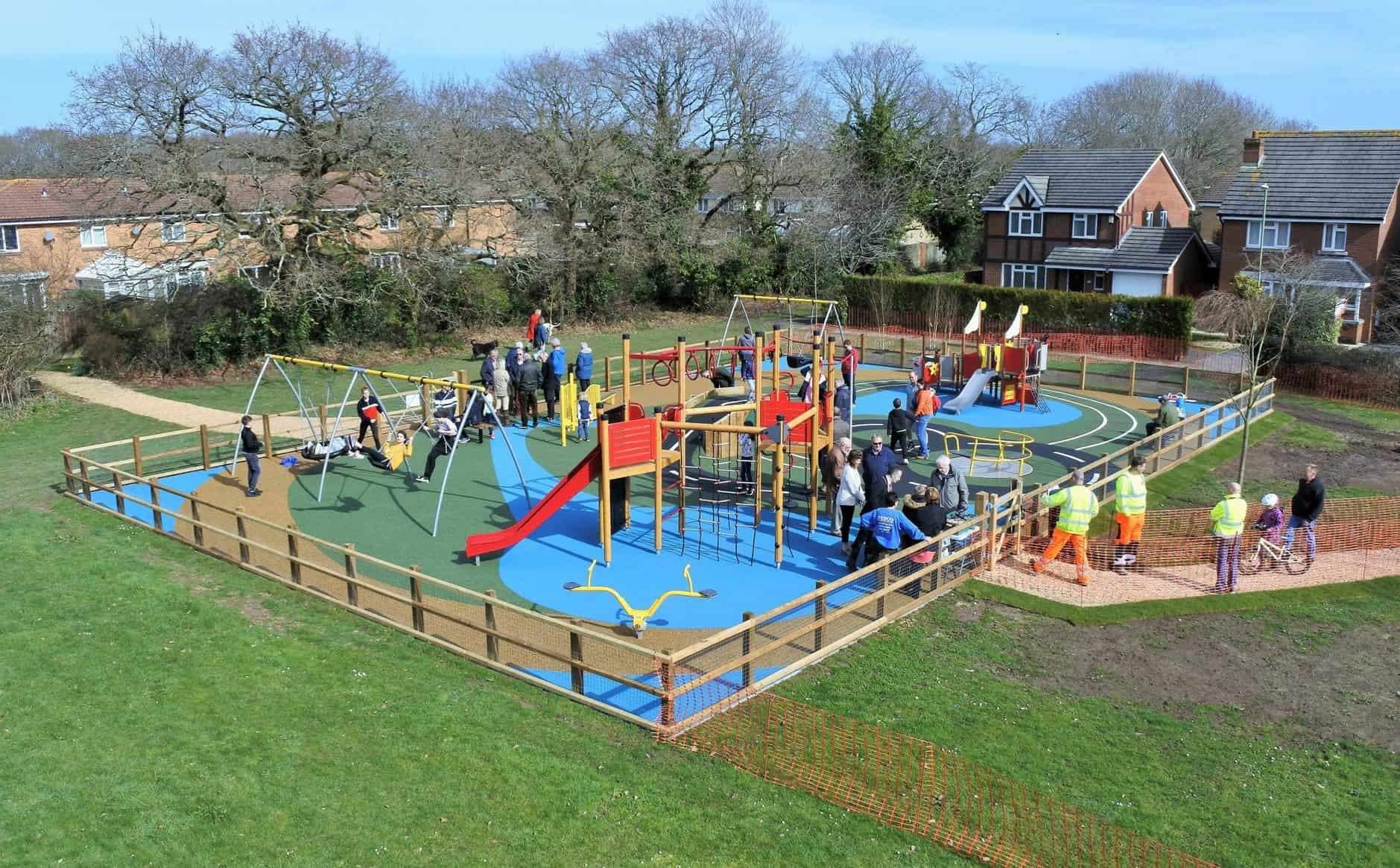 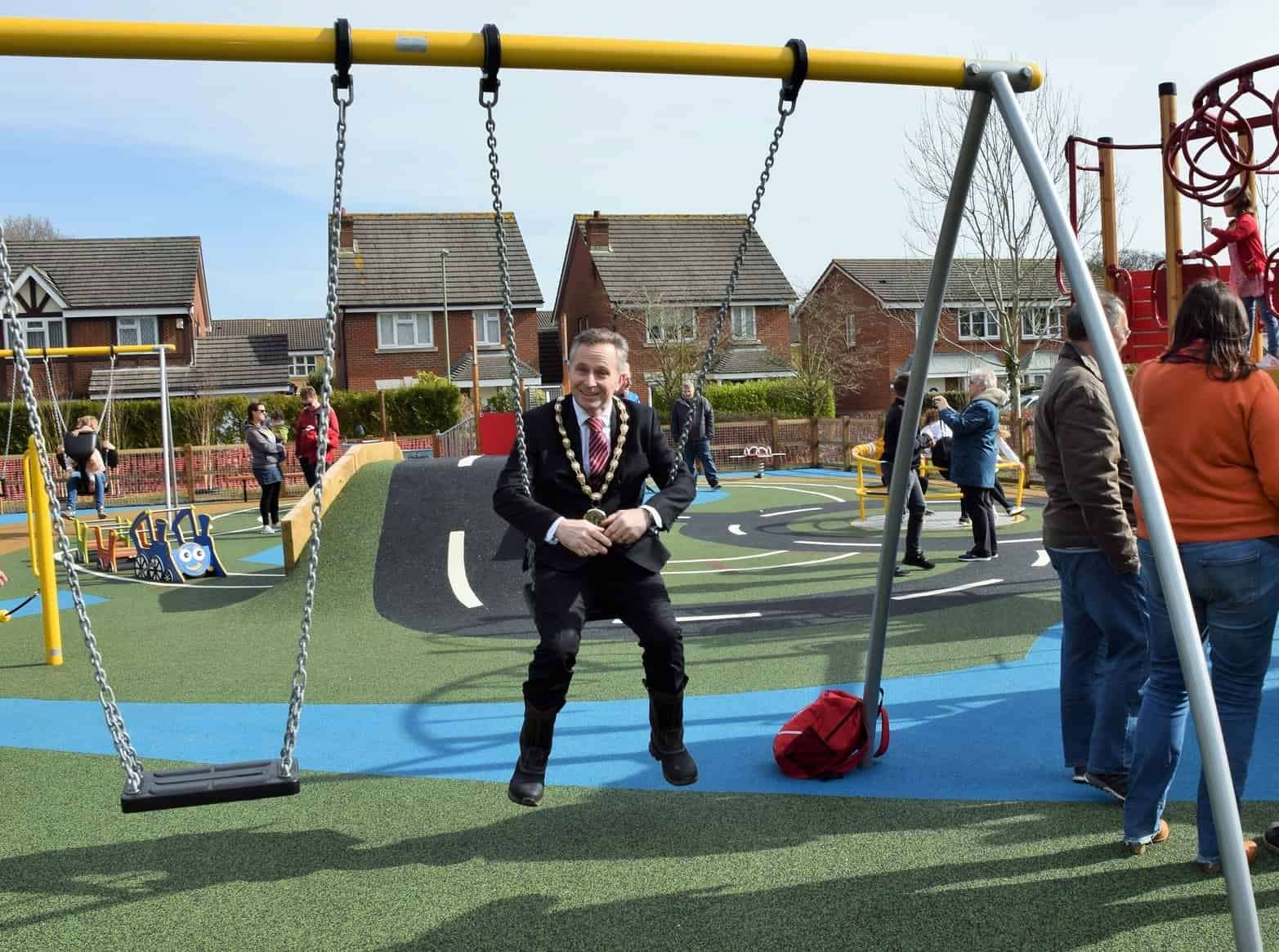 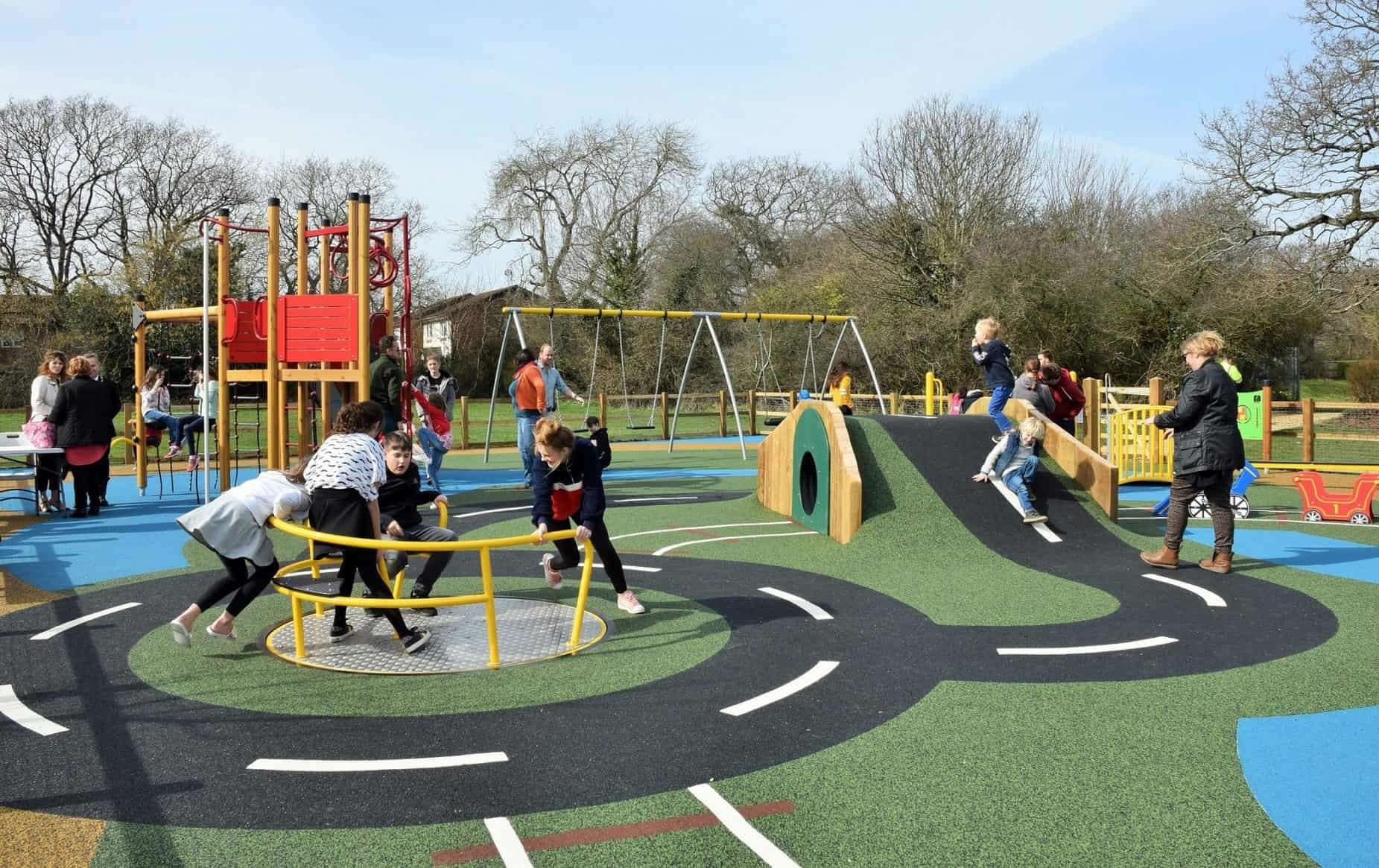 FAMILIES and councillors gathered for the official opening of a newly refurbished and expanded play park on Doe Copse Way in New Milton.

The ribbon to the £93,000 facility, off Stem Lane, was cut by town mayor Cllr David Rice-Mundy in a special ceremony on Saturday.

Built following a public consultation last summer, the play park is intended to address a recognised shortfall in such provision for a wider range of ages and abilities in children.

Its equipment is designed to be suitable for those aged up to around 10 years old as well as being accessible to those with disabilities and their carers in accordance with current planning policy.

Cllr Rice-Mundy said: “We’re very proud of our latest play park and look forward to seeing children spending many happy hours having fun and enjoying outdoor exercise here, a nice change for many.”

New Milton Town Council has said the expanded park meets planning guidance by providing its location with a LEAP (locally equipped area for play), while also being aimed at children living within a five minute walk without them having to cross busy roads.

Cllr Geoffrey Blunden, chairman of the council’s amenities committee, added: “I am delighted to report that the project was funded entirely by developers’ contributions from section 106 monies, not by the local ratepayer; hence our precept is unaffected, which is very good news for our local residents.”

Children visiting the play park for the opening were treated to free fruit donated by Tesco, as well as goody bags provided by the facility’s manufacturing company HAGS.