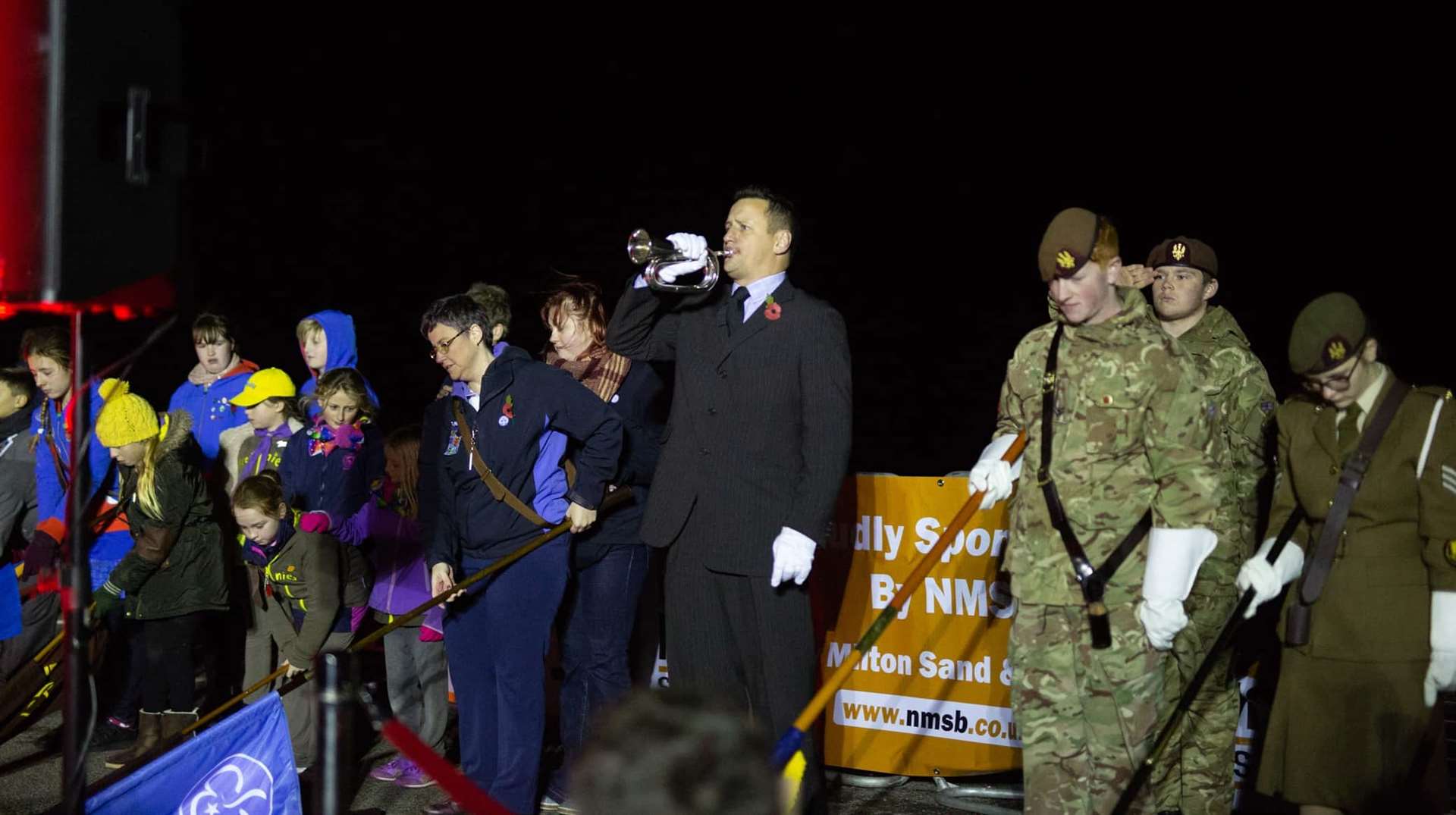 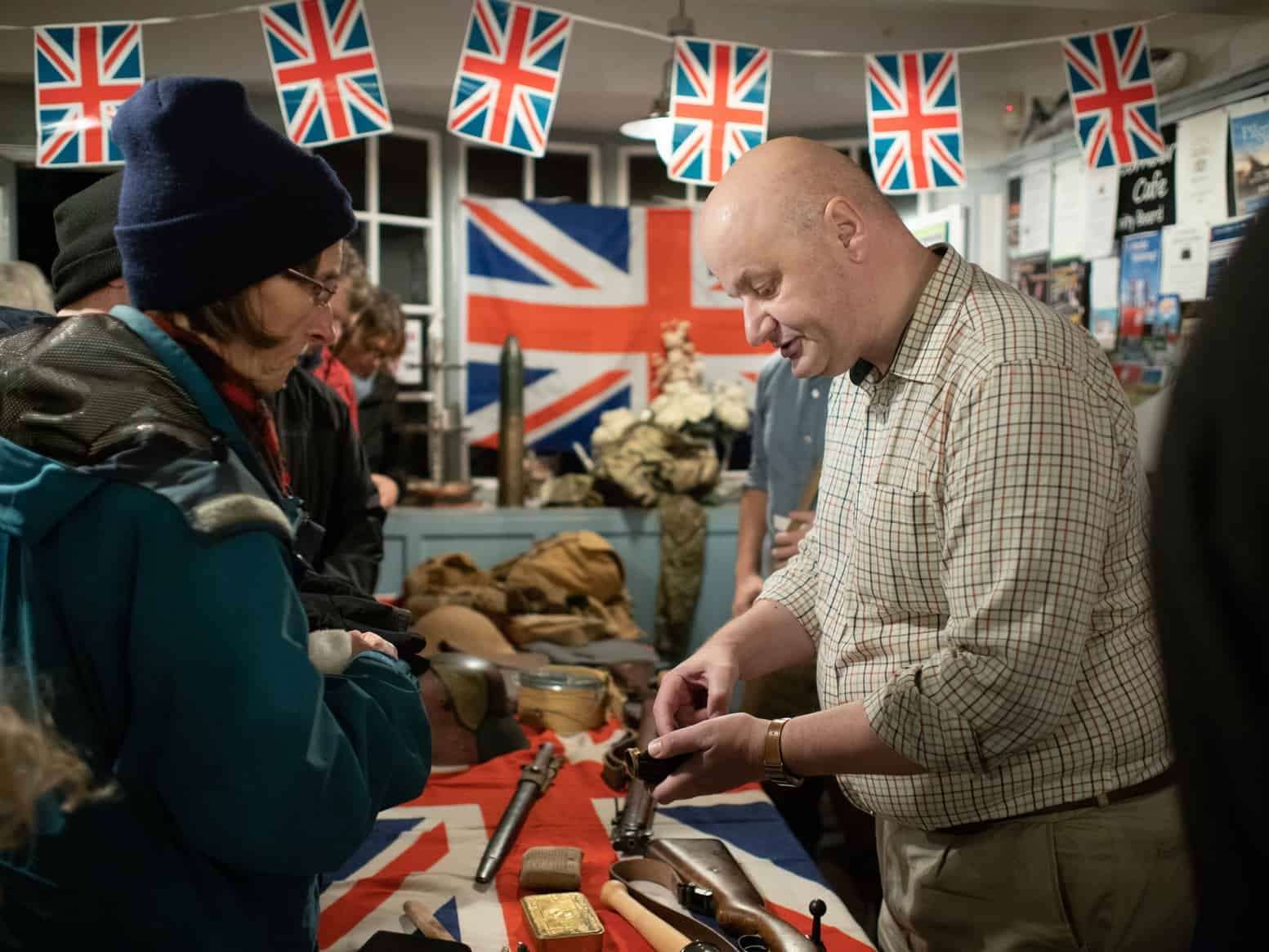 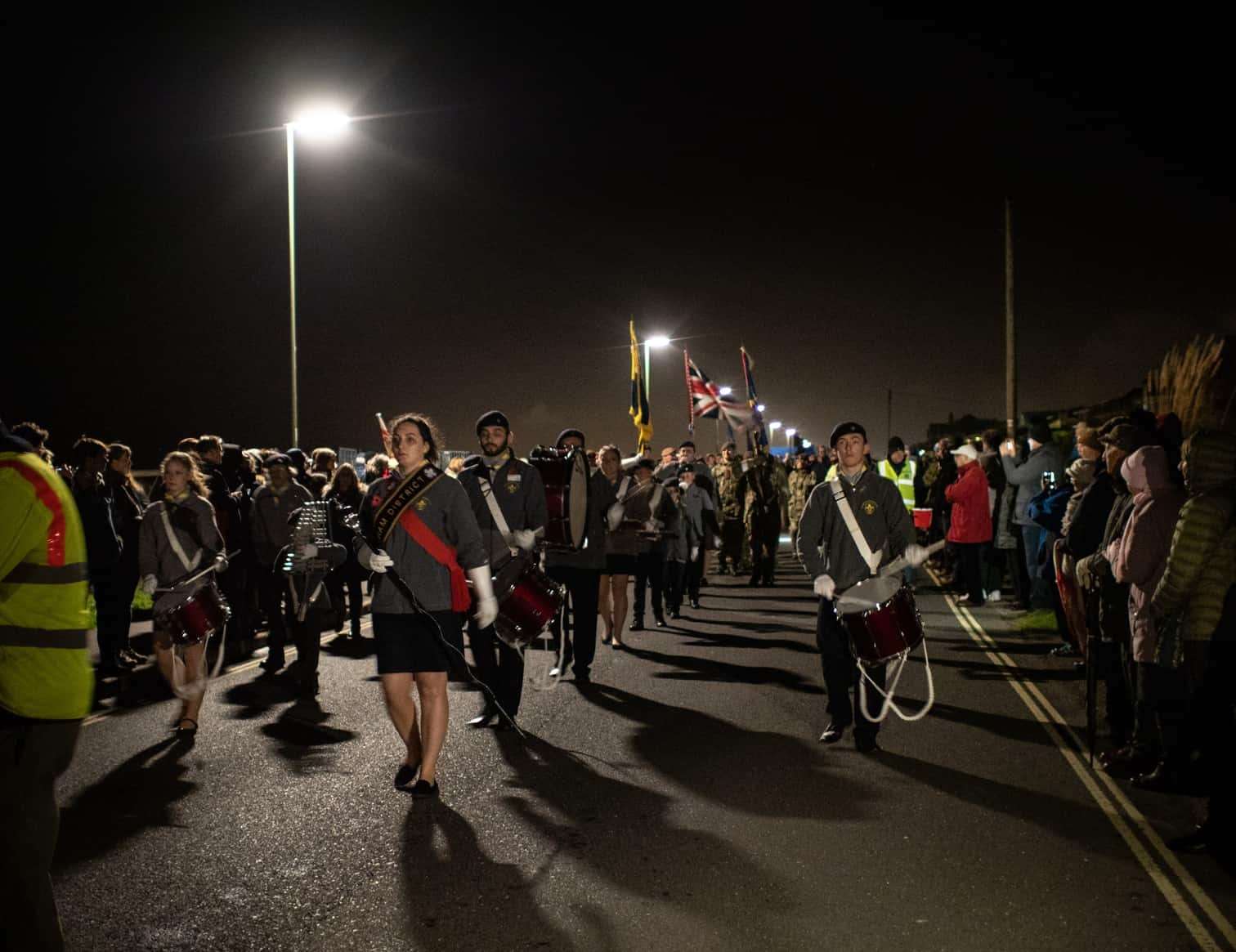 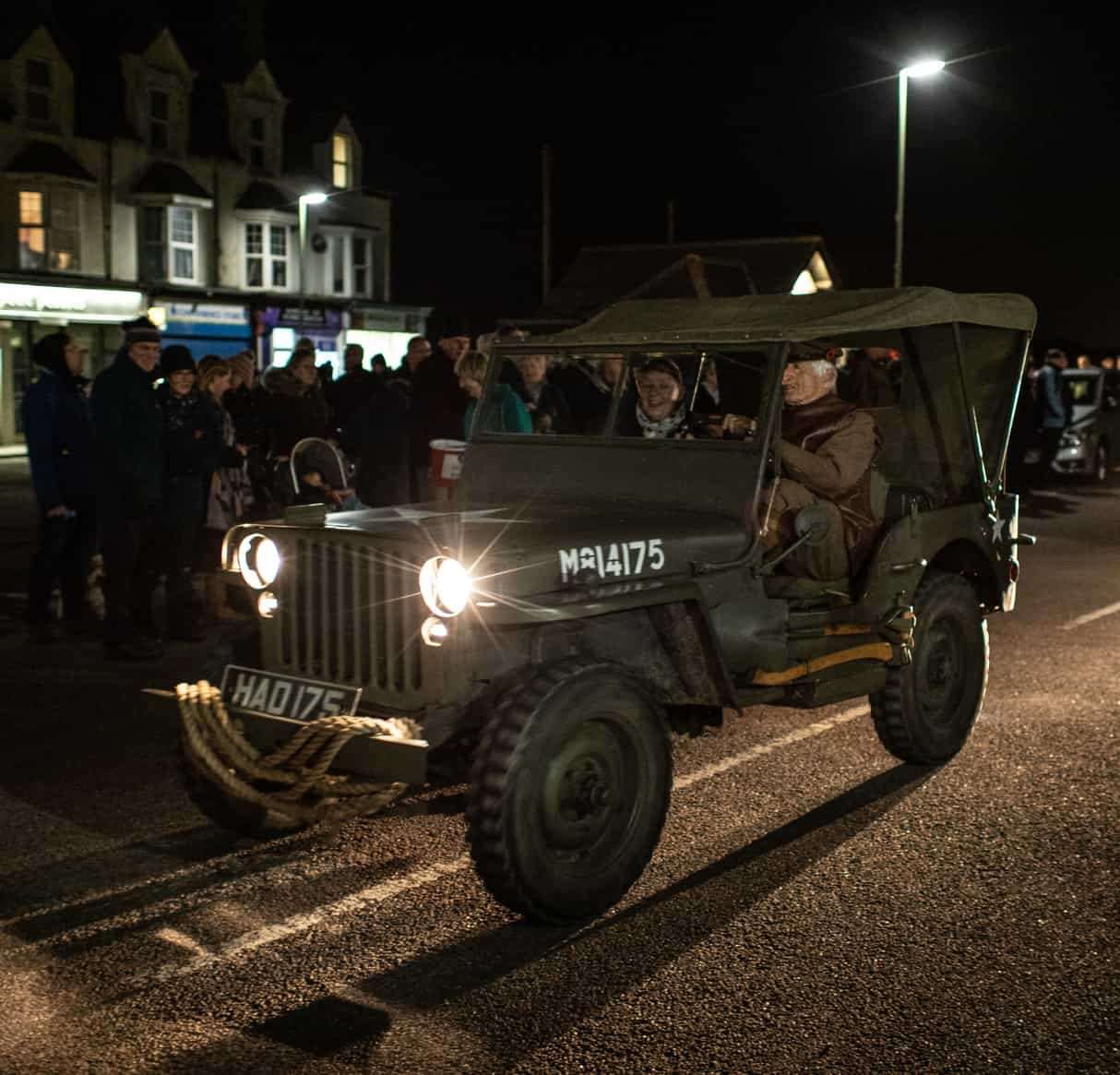 A MASSIVE crowd came together on Barton clifftop for a “once-in-a-generation” commemoration marking 100 years since the end of the First World War.

The lighting of two beacons formed the centrepiece of the area’s part in Battle’s Over – A Nation’s Tribute, a series of events held on Sunday evening in around 1,500 cities, towns and villages across the UK, as well as in hundreds of locations in Europe and across the world.

Organised by a team including Lions Club of New Milton members and a steering group of representatives from local community organisations, the event honoured the 83 local residents who died in the Great War.

The Deputy Lord Lieutenant of Hampshire Mr Hallam Mills Esq DL was among a number of local dignitaries and councillors who attended the proceedings.

Throughout the evening, people could walk a special Avenue of Remembrance – names and details of the fallen displayed along the length of the car park by the Beachcomber café.

The café itself hosted a special exhibition by the Milton Heritage Society, presided over by chairman Nick Saunders, telling the story of the New Milton area during the 1914-18 war. Visitors were able to view a variety of contemporary items including weapons, ammunition, memorabilia and documents.

There was also the chance to see and even taste some examples of wartime rations, including Anzac biscuits, trench cake and potato cake, at another exhibition in the neighbouring Barton Court Studios.

A uniformed parade including veterans and cadets set off from the Marine Drive West car park at 6.30pm, and featured a small platoon of period military vehicles. Among these was a vintage motorbike ridden by local biking legend Sammy Miller.

After The Last Post was played by bugler Rob Mangles, two readings were spoken by Mr Watson, including the traditional extract from the poem For the Fallen.

The beacons either side of the car park were then lit around 7pm to coincide with other beacon lightings along the coastline. However, due to the strong winds, plans to raise them were abandoned.

The crowd was also played a recording of church bells ringing at 7.05pm as the weather prevented them hearing those of St Mary Magdalene Church in New Milton, which rang in line with churches across the nation.

Expressing his delight at the overwhelming turnout for the event, Mr Watson thanked all those who had helped make it possible, including sponsors New Milton Sand and Ballast.

Donations were collected throughout the evening, with funds going towards the Royal British Legion, SSAFA – previously known as the Soldiers, Sailors and Airmen’s Families Association – and the RAF Benevolent Fund.

Mr Watson welcomed news that all funds collected by SSAFA would be ring-fenced to ensure they supported people in New Milton who are still affected by various conflicts.

“You have all been at a historic event,” he told the crowd.

“I can promise you there will not be another significant anniversary to commemorate the First World War – certainly not in my lifetime.”

Mayor Cllr David Rice-Mundy told the A&T: “It is a very proud event. So many people from New Milton have turned up to commemorate these people who gave their lives in the war.

“But that appears to be typical of the spirit of this local community. They all come together at times such as this.

“This is a once-in-a-generation event.”

The success of the area’s part in the nationwide commemorations was hailed during the following evening’s New Milton Town Council meeting. Members agreed a letter should be sent to the Lions Club and the other organisers, saying how impressive it was.

Speaking to the A&T after the event, Mr Watson also expressed pride at how it brought people of all ages together on the clifftop to pay tribute to the sacrifices made during the Great War.

This had followed a sell-out commemorative concert Pack up Your Troubles at New Milton Memorial Centre on Saturday 3rd November, which raised over £1,200 for the three charities.

“In this special year, we wanted to remember those 83 Miltonians who lost their lives in the Great War and it was especially heartening to see the interest there was in our Avenue of Remembrance, with so many wanting to see more details about them,” Mr Watson said.

“My personal thanks goes to the wonderful steering group who led these commemorations and to the Lions Club of New Milton, to local historian Nick Saunders and to the ladies of our local WIs who turned our vision into a reality.

“We were all overwhelmed by the thousands who joined us on the cliff top at Barton-on-Sea on Sunday evening and apologise for any problems that might have been evident, as a result of having to move the event site to the car park, due to the waterlogged conditions at the originally planned site further along the clifftop.”

He added: “I believe that New Milton paid a fitting tribute to our own 83 Miltonians, and to all who fell between 1914 and 1918. It is clear that our residents continue to enjoy our town and that we are increasingly working together as one community; after all, it’s what they gave their lives for."